God Gives Grace to Those Who Believe His Word, September 13

But without faith it is impossible to please Him, for he who comes to God must believe that He is, and that He is a rewarder of those who diligently seek Him. Hebrews 11:6, NKJV.

I have been shown that many have confused ideas in regard to conversion. They have often heard the words repeated from the pulpit, "Ye must be born again." "You must have a new heart." These expressions have perplexed them. They could not comprehend the plan of salvation.

Many have stumbled to ruin because of the erroneous doctrines taught by some ministers concerning the change that takes place at conversion. Some have lived in sadness for years, waiting for some marked evidence that they were accepted by God. They have separated themselves in a large measure from the world, and find pleasure in associating with the people of God; yet they dare not profess Christ, because they fear it would be presumption to say that they are children of God. They are waiting for that peculiar change that they have been led to believe is connected with conversion.

After a time some of these do receive evidence of their acceptance with God, and are then led to identify themselves with His people. And they date their conversion from this time. But I have been shown that they were adopted into the family of God before that time. God accepted them when they became weary of sin, and having lost their desire for worldly pleasures, resolved to seek God earnestly. But, failing to understand the simplicity of the plan of salvation, they lost many privileges and blessings which they might have claimed had they only believed, when they first turned to God, that He had accepted them.

Others fall into a more dangerous error. They are governed by impulse. Their sympathies are stirred, and they regard this flight of feeling as an evidence that they are accepted by God and are converted. But the principles of their life are not changed. The evidences of a genuine work of grace on the heart are to be found not in feeling, but in the life. "By their fruits," Christ declared, "ye shall know them." ...

The work of grace upon the heart is not an instantaneous work. It is effected by continuous, daily watching and believing the promises of God. The repentant, believing ones, who cherish faith and earnestly desire the renewing grace of Christ, God will not turn away empty. He will give them grace. And ministering angels will aid them as they persevere in their efforts to advance.--Evangelism, 286, 287. 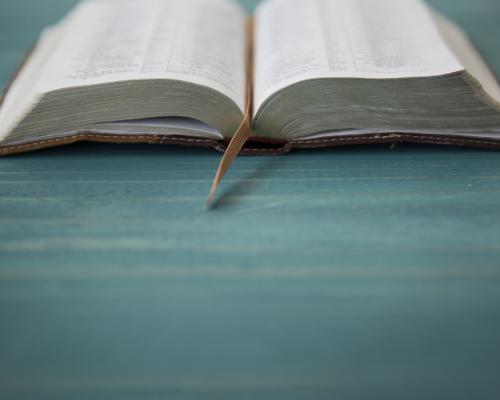 
Believe His Prophets, the sequel to Revived by His Word, is a five-year program reading through the Bible and selected Ellen White writings.