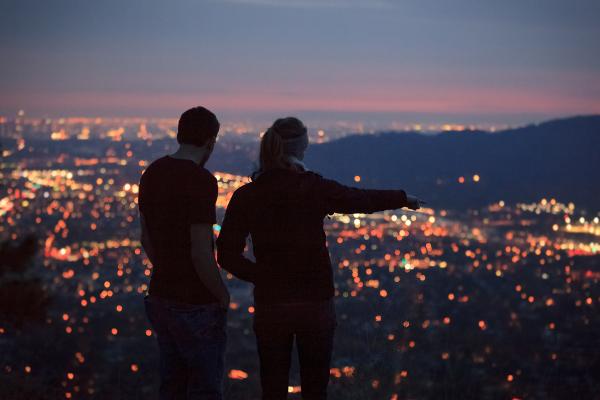 When a Muslim Rescheduled an Adventist’s Sabbath Exam

Camila dreamed about becoming a missionary doctor. She studied medicine for seven years and, shortly after graduating with her medical degree, moved with her husband, Mateo, to the Middle East. But finding work proved difficult. Obstacle after obstacle kept popping up, preventing her from being hired by a public hospital. This situation seemed impossible.

Camila had a second option: enrolling in a specialization training program. But first she would need to pass a national exam that was only scheduled on Saturdays. Camila decided to appeal to the authorities, and she sent an e-mail explaining that she observed the biblical seventh-day Sabbath. The return e-mail said, “No.”

The married couple grew very discouraged. For two years, they had struggled to find a way to find work. They questioned why Camilla had studied medicine and why they had traveled to a country with such an impenetrable health-care system.

In early February 2017, Camila and Mateo decided to take a month off their job search to pray and to study the biblical account of the last week of Jesus’ life. As they observed Jesus in His last days, their hearts began to change. They slowly laid their dreams, fears, and sins at Jesus’ feet. It was a life-changing experience.

Later that same month, Mateo and Camila read the story of Lazarus’ death and resurrection. When Martha expressed disbelief that her brother could be resurrected, Jesus replied with words that struck deep into the readers’ hearts. Jesus said, “Did I not say to you that if you would believe you would see the glory of God?” (John 11:40, NKJV).

“The miracle only happened when people moved the stone of unbelief away from the tomb,” Camila told herself.

In that instant, Camila and Mateo recognized their own lack of faith and asked God for forgiveness. Getting up from her knees, Camila wrote to the person in charge of the exam, asking to take it after sundown on the last day of the exam. She explained that she followed the Tawrah and Injeel (the Old and New Testaments) and believed that the Sabbath is the only day of worship to God.

After sending the e-mail, Camila took one more step in faith. She signed up for the exam. Then she asked friends and staff members at the headquarters of the Adventist Church’s Middle East and North Africa Union in Beirut, Lebanon, to pray.

Soon Camila received an e-mailed reply. It said, “Dear Dr. Camila, I understand very well your situation, and we, as Muslims, tolerate and respect everyone’s beliefs. I have instructed the exam center to give you the exam immediately after sunset Saturday.” For a Muslim country, this was a complete miracle.

“We just began to cry with happiness and joy, praising our God Almighty,” Camila said. “He was willing to perform the miracle if we were willing to move our stone of unbelief. In an hour, God solved a problem that we hadn’t been able to fix for two years.”

Within a week Camila entered the exam room. She had three hours to answer 120 questions about the subjects she had studied during her seven years of medical school. Four days later, Camila received the results. She had passed the exam – another miracle from God!

Camila still doesn’t know what God’s plans are, but she says confidently, “How can we forget what Jesus has already done? Did I not say to you that if you would believe you would see the glory of God?’”

By Melanie Wixwat, news writer, Middle East and North Africa Union. Note: Camila and Mateo are pseudonyms. We are not able to publish their real names or exact whereabouts to protect their work in a challenging region of the world. This testimony was originally shared with Adventist Mission and is being reprinted with permission.