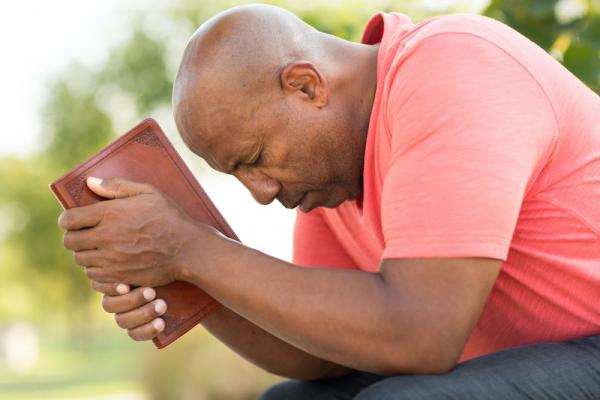 God is not only good, He is great!

My wife lost her job on February 29th, before the coronavirus lockdown on March 24th. Then I was furloughed with the prospect of losing a portion of my income. With little hope of my wife getting another job in the current environment, we were concerned about how we were going to cope.

I was also informed by my tax accountant that I owed the taxman some money. Then the tenant in the house we owned informed us that the husband had lost his job and they could not afford to pay the rent.

In a short period of time, we lost an incredible amount of money coming into the house. We did the sums and things just did not add up. On paper, we could not see how we were going to pay the bills and put food on the table.

Also, I had recently damaged my back and an MRI scan showed that I had a herniated disc, I had pain in my lower back with shooting pains down my legs. I struggled to stand for more than a few minutes, I could hardly walk, and could not get comfortable when I sat down. The physiotherapy clinic was closed, and I could not afford private therapy - which was also closed because of the pandemic.

Unable to see a way through we trusted God and we knew He would work things out for us. In faith we appealed for the promise in Isaiah 33:15-16, "He who walks righteously and speaks uprightly, he who despises the gain of oppressions, who gestures with his hands, refusing bribes, who stops his ears from hearing of bloodshed and shuts his eyes from seeing evil. He will dwell on high; his place of defense will be the fortress of rocks; bread will be given him, his water will be sure." In this appeal, we recognized our own lack of righteousness and so appealed for the righteousness of Christ.

We could not see how God would make a way through the storm that was descending upon us. But that was not our problem. We had faith in our Almighty God. We had given our problems to Him. If we struggled through pain and financial difficulties and had to rely on food handouts, then God would have a purpose in allowing us to do so.

I had been helping out at the church's soup kitchen, but now that was closed because the building was closed. So, the church transitioned into delivering food parcels to people's homes. Because I was furloughed, I could not lead out in anything, but I could still volunteer. I was allowed to continue collecting the charity donation of food from the local supermarket.

A young man, a church member who lives close to us, offered to help me collect and distribute the food packages. In one charity donation from the supermarket there was over 100 hundred loaves of bread and 100 5lb bags of potatoes. It was too bulky to fit in my car, so one of the supermarket employees put some trays in her car and brought them to our house.

I would take the charity food donations to our house for pre-sorting before taking them to the be parceled up.

On more than one occasion there was just too much for the food parcels we were delivering as a church group, and we had no fridges to keep that amount of food fresh. So, I offered the excess donation to other food charities. This pleased the supermarket so much that they recognized the Adventist church as the preferred charity. We were no longer the tail but the head (Deuteronomy 28:13).

Unexpectedly I received a letter from the tax man. He said I did not owe them any money and I was due a tax refund. Do not ask me how, I still cannot work it out. But praise God!

Because my back pain was becoming unbearable, I felt impressed to search online for a chiropractor. I had no money to pay for therapy, but I found a local chiropractor who offered online support - and remarkably it was free. The chiropractor conducted an online video appointment with me and talked me through my back problem. He identified a solution and gave me some exercises to do. I did them, and remarkably - wonder of wonders - they helped my back. Later on, in that week I woke up in the morning without any back pain. The first time in decades, even though I had received various treatments for my back over the years.

Then it struck me quite powerfully. Only a few days ago we were wondering how we were going to pay the bills and put food on the table. But now I had money in the bank and my back pain had eased. Also, rather than having no food coming into the house, there is enough food leaving our house to literally feed hundreds of people!

God is faithful in keeping His promises. He has assured us that bread will be given us, and our water will be sure. His mercies are new every morning.

God is not only good, He is great!

Minister in the North England Conference of Seventh-day Adventists