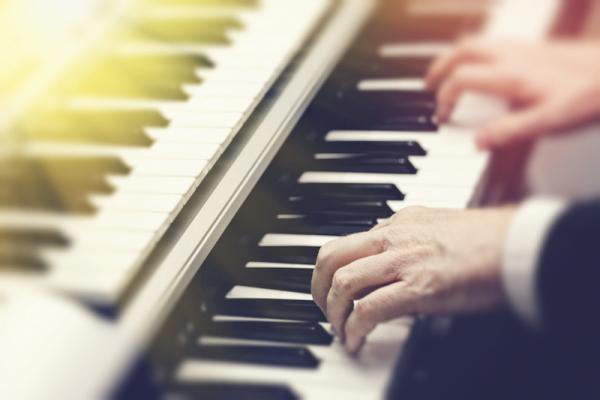 Financial planner Vince Waln credits the Holy Spirit and a pipe organ for transforming a declining church of 15 people into a vibrant congregation of about 85 in three years in the U.S. state of Ohio.

Vince, the church’s lay pastor, expresses amazement at the remarkable change at the Hamilton Seventh-day Adventist Church in Hamilton, a city of 62,500 people located 20 miles (30 kilometers) north of Cincinnati. “It’s been a miracle week after week,” he said. “God is in control.”

The miracles started when Vince worked as a businessman during the week and, on Sabbaths, adopted the informal title “itinerant guest speaker for small churches in Ohio.” He preached, and his wife, Darla, sang for special music. It wasn’t uncommon for the married couple to drive 100 miles (160 kilometers) to a church of 15 to 20 people on a Sabbath morning.

Sometimes they led worship services at the Hamilton church, where Vince worshipped as a child. “Attendance had really fallen off,” Vince said. “There was no one to play the piano. My wife sang special music with a CD.”

One evening, Darla returned from a bridal shower at the Hamilton church and announced to her husband that the church pastor was leaving. “You could be their pastor,” she said, jokingly, “No way,” Vince retorted. That was the end of the conversation. But for the next two weeks, Vince couldn’t forget the church. He awoke at night with his wife’s words ringing in his ears, “You could be the pastor.”

Finally, Vince, during a conversation with Ohio Conference president Ron Halvorsen Jr., volunteered to assist the Hamilton church for six months. The next thing he knew, he had been invited to a Hamilton church board meeting. At the meeting, Vince was astounded to hear each of the church’s six board members say one by one that they had been praying for him to be their pastor.

“Those prayers had gone on for the two weeks that I had been waking up in the middle of the night,” Vince said. “It was definitely the Holy Spirit working.” That was the first miracle.

For his inaugural sermon as pastor, Vince asked a retired professional organist, Jerry Taylor, to play on the church’s old organ. Jerry declined. But a short time later, he helped the church acquire a better organ in Kentucky and assumed the role of music director.

Then one day Jerry excitedly called Vince to say an upscale retirement community in Cincinnati was selling a pipe organ for $75,000. “We can’t afford that!” Vince said. “Even $5,000 would be too much.” “Let’s go look at it anyway,” Jerry said.

The retirement community’s chaplain was fascinated to hear about the Hamilton church. After listening to Vince for a while, he excused himself for a few minutes. Returning, he said, “I spoke with the director just now. We have been looking for a church to donate this pipe organ to. The only requirement is to open the doors to the community.” The Hamilton church received the pipe organ for free.

The miracles continued. Construction workers remodeled the sanctuary for the pipe organ at cost. Engineers volunteered to help the church, whose cistern-drawn water was undrinkable, connect to the city’s clean water supply. Christians from other denominations joined Adventists from the community in singing in the church’s new choir.

A thrilling moment came when two women walked into the church on a Sabbath morning and announced that they wanted to keep the biblical Sabbath after studying the Bible on their own. One woman and her husband were later baptized.

The pipe organ, however, appears to be the main instrument that God has used to attract people to church, said Vince, 65. “It’s amazing what we are doing with the music,” he said. “The Holy Spirit is just drawing in the people.”

• PRAYER REQUEST: Please pray that God would give us, personally, an extra measure of His Holy Spirit. When the Holy Spirit comes, there is deeper conviction of sin, and a greater hunger for repentance. Pray that our hearts would be open to this process of healing and cleansing.

• PRAYER REQUEST: Please pray for an extra measure of the Holy Spirit for your local pastor. Pray for his marriage, his family, his children, and his many duties. Pray that God would put a special hedge of protection around his life and ministry.

• PRAYER REQUEST: Pray that God would work in the world-wide Church as we’ve never seen before, and that the Latter Rain will come as promised.

• PRAYER REQUEST: Please keep praying for our youth, especially the General Conference Youth Ministries Department as they prepare to mobilize Pathfinders and other young adults all over the world to preach at 100,000 different sites for Total Youth Involvement. This begins March 2019. #TYI19 Your youth can be involved too. Pray for this!