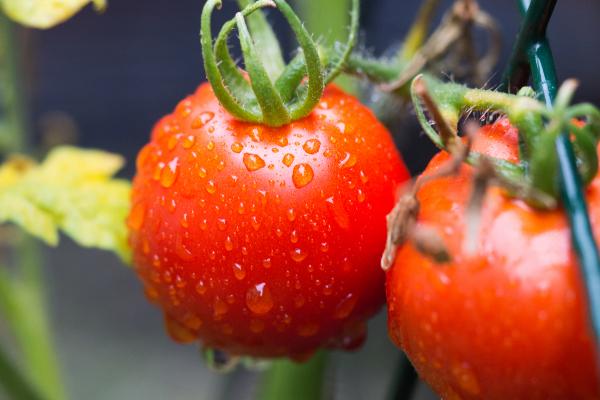 Praying for a Fence Around My Tomatoes

I love planting vegetables and watching them grow. Last fall, I planted a garden full of Pak Choi, or Chinese cabbage. The plants (about 50) grew quickly, healthy and beautiful.

I live in Nassau, Bahamas, in an area where there is a large population of rats. One day I noticed a rat in the garden, so I hurried to scare it away. It disappeared in the nearby bushes, but within an hour came back, accompanied by more rats. I threw rocks to frighten them, but when I returned a few hours later, there were five or six eating my plants. The situation seemed hopeless. The plants attracted the rats in a way I have never seen; they love Pak Choi! I set traps and placed poison, but that did not help. Within a week every plant was eaten, with the roots dug out and devoured. I was so discouraged; I decided not to plant anything else.

A few months passed, and I really wanted some fresh vegetables. I planted some tomatoes.

The plants grew very quickly and soon had several tomatoes on them. I was proud of how they had grown! I planned to travel for two weeks, just about the time the tomatoes were ripening. I heard rats in the bushes nearby, so once again set out some poison.

The morning I was to depart, I felt the urge to get up early and check on the tomatoes.

I was so disappointed! Half a dozen of the green tomatoes were partially eaten and left hanging on the plants. The rats were back. I was going to be gone for two weeks; I knew all the tomatoes were sure to be eaten before I returned! What could I do?

I got an idea. I went and stood at one corner of the tomato garden and made some motions with my hands as if I were marking out where that corner or the edge of the garden ended. I moved to the next corner and did the same. After I pretended to mark out all four corners, I fell to my knees and prayed.

“Dear Lord, I’ve worked so hard to grow these tomatoes, but now the rats are going to destroy them. I have no fence to keep the rats away. Just now I’ve marked out the boundaries of where my garden is and I am begging you to please protect my tomatoes and keep the rats away while I am gone.”

When I returned home two weeks later, I was quite anxious to see the outcome of my prayer. As I approached my garden, I was completely amazed with what God had done. Right there I fell on my knees and poured out my heart in gratitude.

The plants were heavy with ripe and half-ripe tomatoes. Not even one was bitten into or eaten. For weeks after I returned the invisible fence held, and I was able to enjoy a rich, full harvest of tomatoes. God is so good; He even cares about tomatoes!

URGENT: Please pray for those in the path of hurricane Irma and Jose and Katia. Pray for those recently affected by hurricane Harvey! To read an urgent call to prayer by Elder Wilson, click here!

BRIEF FACTS ABOUT THE SAD: The South American Division (SAD) coordinates the work in eight countries: Brazil, Argentina, Uruguay, Paraguay, Chile, Peru, Bolivia and Ecuador. With a population of 320 million in their territory, the Division embraces more than 2.4 million members in 27,000 churches and companies.

PRAYER REQUEST: Please pray for the 5,000 pastors that work within the SAD. Pray that they will have strength to preach the truth with boldness and stand strong amid challenges.

PRAYER REQUEST: Pray for the Adventist educational system in the SAD. 320,000 students are enrolled in 888 schools, academies and universities. Pray that these young people will answer the call to follow Jesus and give their lives and talents to Him.

PRAYER REQUEST: Pray for the youth and young adults of the SAD. With nearly 60% of their constiuents falling under the age of 35, this division has a very young and dynamic membership. Pray that both young and old will become involved in personal mission.

PRAYER REQUEST: Pray for the 500 employees of the Division media center who produce content for television, radio and the Internet. The media center is strongly focused on using communication to effectively present the gospel. We pray that many will be reached with the good news of salvation, as a result of these labors.