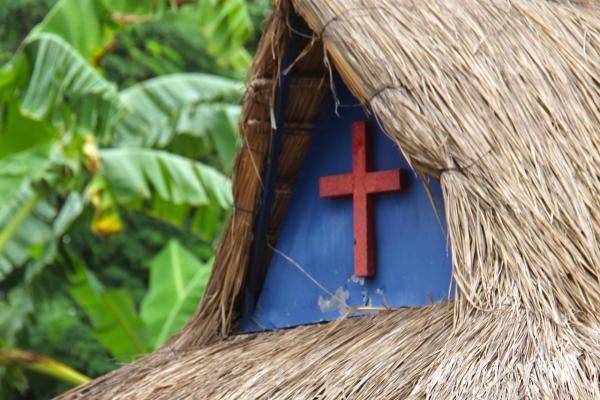 As Pastor Peni Leo began his work on the Island of Upolu, Samoa, he was confronted with tremendous challenges. The church in the village of Siumu was not accepted by the people there, and he was not allowed to walk through the village for visitation or any other missionary activity. The church sat on land owned by the Tafu family. They became immersed in legal problems with the chief—an extended relative—who wanted to remove them from their land and close the church for good.

Church members responded to these difficulties with prayer and fasting, surrendering these problems to God, trusting that God would care for His church. After many struggles in court, the Tafu family won the right to keep their land. Incredibly, it was revealed that the rightful title of Chief actually belonged to the immediate members of the Tafu family. This was a tremendous answer to prayer!

Since the ruling, the Siumu church has gained the favor of the Siumu Chiefly Council.

Relationships with villagers have become positive, and the Siumu church has expanded its ministry to the local community. Last year, the congregation completed construction of a new building, which was officially recognized by the Village Council of Elders. Pastor Peni was inducted as a village minister, granting him abilities to conduct Bible studies, outreach programs, and to visit any family in the village. Shortly after these events, twenty-six precious souls gave their lives to Christ and were baptized. One of those individuals happened to be a member of the Village Chiefly Council!

Pastor Peni and the members of Siumu continue to worship God with thanksgiving and praise, casting all their worries into the hand of a God who has never let them down.

This story originally appeared in the Trans Pacific Union Newsletter, and was written by Pastor Kenneth Fuliese, Samoa Mission President. It has been edited for space.

• Because of the International Dateline, this Division is the only place where you can be in today and yesterday, or today and tomorrow. Population is 39 million with church membership at 450,000

• PRAYER REQUEST: Please pray for the pacific islands and the immigrant populations where the church is growing rapidly. Pray for many more conversions and baptisms.

• PRAYER REQUEST: Please pray for the people that are living in the secular urban populations. Pray that church members will find ways to reach them with the gospel. This is one of the biggest challenges in the region.

• PRAYER REQUEST: Pray for all of us as a church to seek after genuine revival and reformation founded on Biblical principals and doctrines, as worldliness and secularism are gaining a stronger and stronger foothold in the cultures all around the world.

• PRAYER REQUEST: Pray for the young people of the South Pacific Division to grow in their love for Christ. Pray for the Adventist Education in this Division to be a training ground for missionaries.