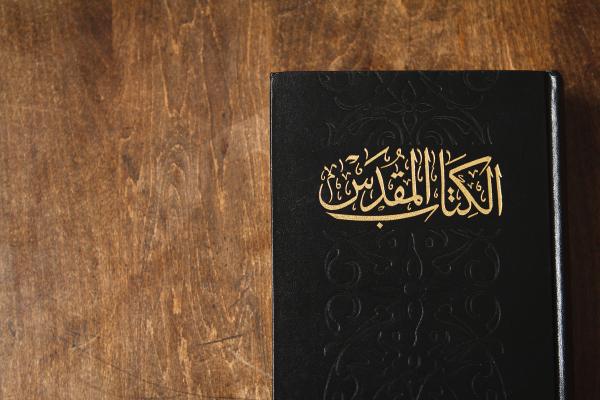 The Living Letter of Jesus

By Unnamed Missionaries in MENA

Donald is a retired foreigner living in a small inland town in a difficult to reach region of the world. He has been living there for almost 25 years. Donald retired after working for ADRA for many years in various parts of the world. He cares very much about people's needs and always looks for opportunities to help or ask others to help in cases he cannot personally handle. In this way he has managed to do many things for the people of his community, including organizing some special activities where doctors, dentists and other professionals have come, even from abroad, to provide a service to the community.

One day, several years ago, Donald was walking through a rural area not far from the town where he lives, and found a boy taking care of his father's sheep and goats. He spoke with the boy, although with great difficulty since the boy only spoke the local language of his region, and only a few words of French. Donald asked him if he would be interested in continuing to study to have a better perspective and job opportunities for the future (tending sheep is a very humble and sacrificial job that brings very little financial benefit). After talking with the boy's father, he agreed to let his son leave that job to study some technical courses in electricity and plumbing, with the promise that Donald would take care of the expenses. That is how Amir* came to the town and from that day on he was like a son to Donald. After a couple of years, Amir finished his studies and began to work with these trades.

Years later, Donald was interested in buying some oil that is produced in this region and invited Amir to accompany him. He had heard of a special place where he could find good quality oil. The following Sunday, the two of them made a short trip in the car to reach a village in the mountains and there they indeed found the oil. While there, Amir met a girl who captured his heart. He soon returned to the village and they later married. Now, after eight years, they have two beautiful children.

Today Donald and Amir are neighbors. They live in a small building with only two apartments: Donald lives in one and Amir and his family live upstairs. As you can imagine, due to their friendship, they spend a lot of time together. Amir comes and goes regularly and takes care of Donald like a father. (Donald is quite elderly now.)

One day Amir found a little book at Donald’s house that caught his eye. It was a small book, but it was written in Arabic. This sparked his curiosity because Donald cannot read Arabic, nor does he understand it. It was a Sabbath School lesson to share with some friends. Donald explained to Amir what it was about and how this material was like a guide to studying the Bible. Amir became interested and asked if he could take it to read.

A few days passed before Amir returned, but this time when he saw Donald he said: “Now I understand!” Donald didn't know what Amir was talking about. "Yes, now I understand why you help people so much," he said. “It's because Jesus did that! I read it in the little book you lent me. You follow Jesus, and that's why you do the same things that Jesus did.” That lesson was about the miracles of Jesus. It was exciting to see Amir's reaction. He had first met the modern "Jesus" in Donald’s life and testimony. When he learned about the Jesus of the Bible, he had no doubt that this Jesus was just like his dear friend Donald.

Amir is continuing to grow and we are excited how God is answering our prayers. He has been participating with us in a home group for almost a year now. We believe that with love and patience we are winning a family for the Kingdom of Heaven. There is still a long way to go for them to study and understand all the truth that we love and know, but the hardest part is already done, all thanks to Donald being an “open letter” (2 Cor 3:2,3) where Amir was able to “read” and learn about the love of Jesus, even before opening a Bible.

This story comes from MENA, and all names in the story have been changed for safety purposes.

• Pray for our Waldensian missionaries and others that are still working in countries away from home. Pray for the missionaries you know by name.

• Pray for us as a church not to get distracted from our mission and purpose, but to keep using every opportunity to share and witness to others that Jesus is coming soon.

• Pray for church members in Central America affected by the recent hurricanes and flooding.

• Pray for those living in impoverished countries that are struggling to feed their families and survive through the COVID lockdowns.

• Pray for this week’s Adventist Mission unreached people group, the Arain. Currently, we don't know of any believers in Jesus among the nearly 11 million Arain in Pakistan. Pray with us that millions of Arain will come to know Jesus through social media and that groups of believers can be formed. What is impossible with man is possible with God!