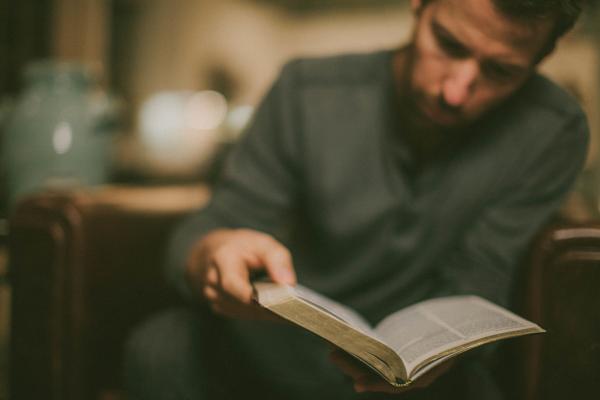 Feelings of inadequacy, loneliness, and even jealousy overwhelmed me as I gazed around the room. The hubbub of pastors engaging in friendly banter, theological musings, and intentional networking were nothing unusual for the end of an evening at our yearly ministerial retreat. It was not that any pastor was giving me the cold shoulder. As a young pastor only six months into my first assignment, I just felt that I was lacking in all the gifts and talents necessary to succeed. In those first six months, I had come face-to-face with the reality that all of my dreams and visions for changing the world were being exchanged for an overwhelming sense of anxiety and failure.


I sat down with the impression that I needed to just pick up my Bible and start reading where I had left off that morning. As I began reading Exodus 33, I honestly was not expecting anything spectacular or life-altering. However, when I reached verse 11, my whole life began to change. “So the Lord spoke to Moses face to face, as a man speaks to his friend. And he would return to the camp, but his servant Joshua the son of Nun, a young man, did not depart from the tabernacle” (Exod. 33:11).

It was not as if I had not read this verse before. It was just that only the first half had registered with me. I remembered the part about Moses speaking with God face-to-face, but what was this about Joshua? Why was that included?

Moses had just set up this temporary tabernacle “far from the camp” for anyone who wanted to seek the Lord (v. 7). At first, everyone’s attention was drawn to this sacred space as Moses communed with God. Then everyone, including Moses, went about their business. Everyone, that was, except for Joshua. Joshua, the Word says, did not depart from the tabernacle.

Of course, this same Joshua would one day lead Israel into the Promised Land, witnessing everything from the Jordan River standing still at flood stage to the walls of Jericho falling down to the sun standing still for an entire day in answer to his prayer. However in Exodus 33, he was just a young man. He was only a servant. He had seen some victories in battle, but now Israel had chosen a golden calf over God, and things looked bleak. But Joshua was focused on one thing—the presence of God. He would not leave. He refused to depart from the tent, albeit far from camp and all the responsibilities he likely had there, because that was the place where people went to seek God. And Joshua was passionate about seeking God.

As I sat there, I suddenly felt God rearranging my priorities. I realized that, as with Joshua, the transformation and equipping that I needed most for ministry would come from extended time in His presence. It was incredibly reassuring to know it was not about who I was but about spending time in the presence of the One who could transform me into just the man He needed me to be. It was not as if everything changed at once. The next six months were still stressful, and the successes still seemed few and far between. But now I had a new sense of peace. Now I knew that my inadequacies were OK. In fact, they could even be an advantage, as long as I allowed them to inspire me to seek the One who could supply all my needs.

[Part II of testimony can be found by clicking here!]

Zachary Page is pastor at Templeton Hills SDA Church, in Templeton, California. He and his wife, Leah, have been married 13 years and are enjoying life and ministry together with their twin two-year-old daughters. This testimony was originally featured in Ministry Magazine.

• Pray for Erton Köhler and Paul Douglas who have just been elected respectively as the new General Conference Secretary and General Conference Treasurer for the world church. Pray for the Holy Spirit to give them extra wisdom as they transition into these positions.

• Pray for the 24 Hour online prayer room, that will be occurring during the Global Camp meeting May 19-23. Pray that many will participate in this special prayer time together.

• Pray that every church member feels a burden for soul winning and realizes that heaven asks everyone to follow in Christ’s steps in sharing their faith.