Peanut, our African Gray parrot, was probably the most interesting and entertaining pet we’ve ever had. Not only did he entertain us but we also learned a valuable lesson from him.

He joined our family in 1989, while we were serving in Ivory Coast, West Africa. African Grays are known for their intelligence and ability to talk, so I began to teach him phrases he learned in a day or two.

“My name is Peanut; what’s yours?” “I can talk; can you?!” He quickly learned what we taught him, and he was equally quick to learn from his observations as our family life unfolded before him. He imitated our voices and could call each of our daughters and Ted by name so perfectly that they didn’t know it was Peanut calling them instead of me! Each morning as the girls went to the door to leave for school, Peanut would call, “Hurry up, girls; let’s go,” and then “Good-bye” as we walked out.

He knew where the drinking glasses were kept, so when he saw someone go to that cupboard for a glass, he would make the sound of water pouring into it. He could ring the phone, answer the phone, and carry on a simple one-sided conversation, such as “Hi!” followed by an appropriate pause. He meowed like our cats, barked like the dog, hammered like Ted’s hammer, and loved to sing during worship.

We discovered that Peanut and people are quite alike; we are all influenced by our surroundings, and how we spend our time determines whom we become. In other words, we imitate what we read and watch, the music we listen to, and the people we choose as friends. Even what we choose to think about changes our brains,1 and those brain changes are visible and measurable on an MRI. The brain actually restructures itself according to what it learns. This is called “transformational/elaborative learning.”

Throughout my life, un l my mother passed away at the age of 90, one of her most familiar phrases was, “It is important to guard the avenues of the soul!” When I was younger, I didn’t realize how vital those words were, but as I see media and technology of every kind consuming our time and attention, I realize how much we need the guidance of the Holy Spirit as we make choices each day—and how much we need to teach our children how to choose wisely for themselves. The choices we make each day have eternal consequences!

The spiritual organ of the body is the brain. Our frontal lobe has to do with our spirituality, morality, the will, reason and conscience, judgment and decision-making, prayer and worship, discerning spiritual truth, empathy, and altruism. The brain’s limbic system has to do with our appetites for food and sex, fear, stress, lust, worry, anxiety, anger, irritability, negativity, aggression, impulsive behavior, and our “flight or fight” protective response system. God created the limbic system, but it must be governed by the frontal lobe from which we practice self- control.

These brain facts relate directly to our media choices. Imagine an on/off switch in your brain. Turn on the TV, and within a few minutes the frontal lobe shuts off and the switch in your limbic system switches on. Theatrical-style television is designed to produce a limbic impulse of some kind—anger, fear, aggression, lust, sadness, or amusement.

“Watching entertainment television during childhood also results in a dramatically increased limbic system, which actually outweighs the frontal lobe of the brain. This is one of the reasons why many pediatric experts are now advising that no one under the age of twelve should watch theatrical television.”2

According to surveys by George Barna, media has become America’s most widespread and serious addiction, both inside and outside the church. Statistics show clearly that much media content, including video games, entertains us by glamorizing the very lifestyles that nailed Jesus to the cross. Yet we have become so desensitized that we don’t even realize it!

It is me to ask ourselves, “Who is the Lord of my life? Who or what has my affections?”

By beholding we become changed, and it all depends on the choices we make with our time. “As [a man] thinks in his heart, so is he” (Prov. 23:7, NKJV).

“And do not be conformed to this world, but be transformed by the renewing of your mind, so that you may prove what the will of God is, that which is good and acceptable and perfect” (Rom. 12:2, NASB). The Philips translation says, “Don’t let the world squeeze you into its mold.”

May God help us to focus on that which will transform us into His likeness!3

Nancy Wilson, husband of church president Ted Wilson, grew up in the country and has always loved God’s second book of nature. She and Ted have three daughters, three sons whom their daughters brought into the family, and ten marvelous grandchildren! This article was originally published in The Journal: A Resource for Ministry Spouses, 3rd Quarter 2015, Vol. 32.

3 Recommended resources for further study: The Lost Art of Thinking by Neil Nedley (Nedley Publishing) and Media on the Brain by Sco Ritsema (Belt of Truth Ministries).

In this humorous and inspiring article, based on experiences with a pet parrot, Nancy Wilson talks about how the choices we make affect our brain and spiritual health. This is a great article for both young and old. 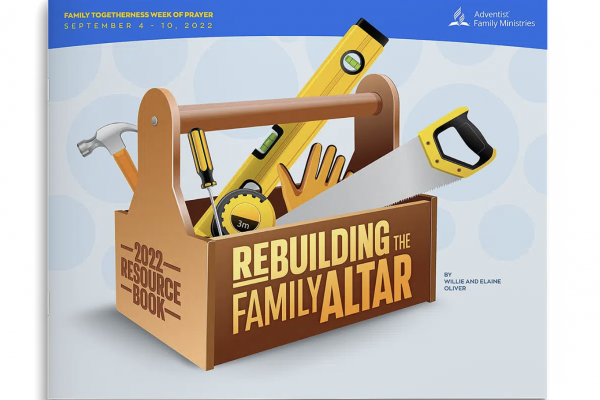 The theme for the 2022 General Conference Family Ministries Togetherness week for September 4-10, is called "Rebuilding the Family Altar." How do we rebuild altars in 2022? What are the altars of Baal in our homes today that need to be destroyed so that God’s altar can be rebuilt? How can we teach our children and families to worship God and rebuild the family altar as Elijah rebuilt the altar in his day? During this week of prayer, the General Conference Family Ministries team endeavor to inspire new habits of positive and healthy communication in your home; heart-turning behaviors that are grounded in grace and the fruit of the spirit. These materials are available in several languages. 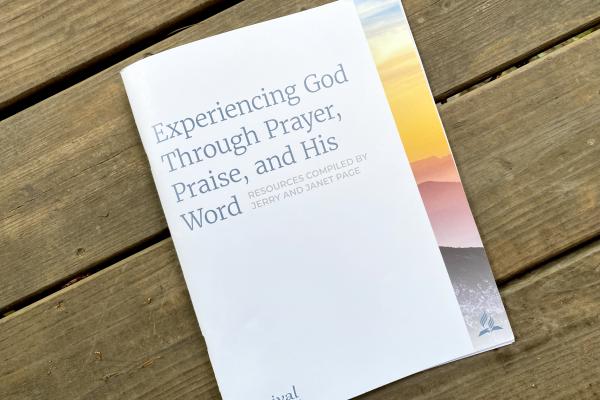 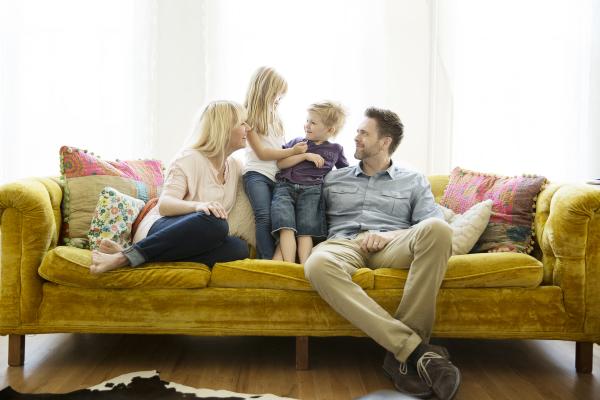