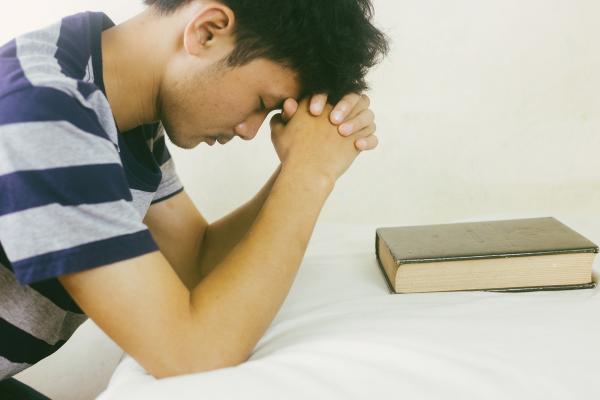 “Lord, since you have called me to lead the young people in SSD, please guide me.” Kneeling in my new office before my prayer box, I said this prayer. I surrendered myself and the youth department to God and His leading. After praying, I looked forward expectantly to see what God would do.

Not long after, the General Conference began promoting the 100 Days of Prayer Initiative. We began to rally the young people to register and to our surprise, several thousand young people registered to pray for 100 days. This group, the majority of which were young people, began praying together for 100 days. We started a monthly fellowship to gather together to pray. And God worked in amazing ways.

To embrace the prayer revival brought about by the 100 Days of Prayer initiative, the Southern-Asia Pacific Division (SSD) and Adventist Youth Ministries (AYM) Committee voted for the organization of prayer networks. Not long after, this committee, via Zoom, approved the creation of the AYM Prayer Ministry to oversee the creation and activities of the prayer networks throughout the entire division territory. With the goal of strengthening the prayer life of young people all over the SSD, we organized a prayer network in each union.

When the 100 days was almost over, God impressed us to end it with a 24-hour prayer marathon. We did so, having several speakers, including Elder Ted Wilson, president of the General Conference, and Dr. Samuel Saw, president of the SSD, to name a few. During this marathon, the prayer networks of SSD and its unions were dedicated to the Lord by Dr. Rudy Baloyo, SSD Executive Secretary.

Bangladesh Union Mission youth director Milton Das said that young church members felt assured in knowing that there are prayer network teams who are praying. “They are excited to pray because of the prayer network. They are requesting more and more prayer fellowships,” Das concludes.

Pakistan Section youth director Kamran S. Sadiq agreed. “We see people gathering in homes for prayers and worship more regularly than ever,” he said. “There is a sudden change in the atmosphere. Prayer has brought changes in the attitude of many people. The youth are praying for those who are in need.”

Beulah Vidayo, a Prayer Network leader from the North Philippine Union Conference, explained that through the prayer network organization, young people in her region are enjoying the privilege of praying as never before.

Vidayo has personally experienced God’s miracles in his life and finds it a driving force in his experience going forward. “I am moved to help other young people to experience prayer as they claim God’s promises through this Youth Prayer Network,” he said.

“It’s a huge blessing to be connected to the SSD prayer group that is starting among young people,” Walter said. “I am so thankful for you, for participating in this important work of intercessory prayer, united prayer, which I believe will bring true revival and reformation.”

Ron Genebago is the servant leader (youth director) for the Southern Asia-Pacific Division.

• Please pray for God’s continued blessing on the prayer networks across the Southern Asia-Pacific Division. Pray for the Holy Spirit to inspire every church across the SSD to develop their own prayer network.

• Pray for every church around the world to recognize the value and importance of having their own prayer network and ministry, so people can experience for themselves that we serve a God who answers prayer.

• Pray for the youth director in your local Division, Union, Conference and church, that God will give him/her wisdom and Holy Spirit anointing.

• Pray for the upcoming World Youth Day, which occurs March 20, 2021. Pray that many young people will also take part and lives will be changed for eternity.