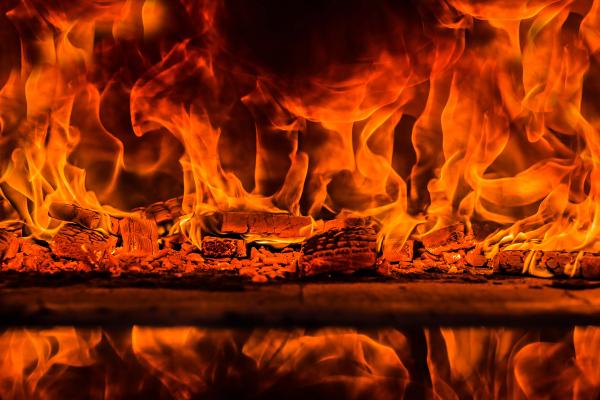 By Ted Wilson as told by Geoffrey Mbwana

I want to share an amazing story about a small group of young people who heard God calling them to reach others living in a very difficult and dangerous area. In spite of the risks, these precious young people put their trust in the Lord and said, "I Will Go!"

Along the Indian Ocean coast of Tanzania lies a town of more than 8,000 inhabitants. The town is predominantly non-Christian. It is known to be a highly superstitious town, causing many people to fear the town and its people.

In the year 2000, a group of young people from churches in a city some kilometers away dared to conduct an evangelistic series in this town. Knowing the work before them was delicate and risky, they decided to spend two weeks in earnest prayer, pleading for God’s intervention for the salvation of the people there. Amazingly, a few days later they received permission from the town government to hold religious meetings.

The young people continued to pray earnestly, choosing to have their special prayer times early in the morning by the seashore. Unbeknownst to them, a few young people were sent by the town elders to go and kill these young Adventists before they started their meetings in town. One morning as they went to the shore, they found the Adventist youth kneeling in earnest prayer by the sea. As they approached, ready to kill, the attackers saw a wall of fire surrounding the Adventist youth. They were shocked and dared not attack so they ran away.

The Adventist young people went on with their plans and started the meetings. But the elders of the city were determined to stop them. They sent their youth to steal equipment and furniture that was used for the meeting in an open area. But one night when they approached the place where the equipment was kept, they saw a very tall man wearing a white gown, holding a shining sword and walking around the equipment. They again failed to execute their wicked plan.

Soon after, as the meetings were going on in the open area, two elderly people dressed in full traditional regalia walked through the crowd, heading toward the front where one of the young Adventists was preaching. But before they reached the front, the town elders started running and jumping, screaming, “We're burning! We're burning!” They rushed toward the preacher, but then went out behind him. While no one saw any flames, the intruders acted as though they were on fire. Later, these same leaders explained how they wanted to attack the preacher but saw a wall of fire surrounding him.

After this, the young men of the town approached the Adventist young people, inquiring about the superstitious powers they were using to protect themselves against the attacks. The Adventist youth told them they didn't believe in superstition and would have nothing to do with it. Then they asked the young men why they thought they were using some sort of magic as protection, and the town youth explained what they had seen when they had tried to destroy them!

The Adventists happily explained that they serve the living God of heaven and have the protection of divine angels sent by God. It became a big story all across that town and surrounding towns, and in the end many people were baptized. Even though working in this area continues to be challenging, there are now three organized churches in that town, with a total membership of nearly 200 people.

May we, just as those dear young people by the seaside did, put our trust fully in the Lord and be willing to say, "I will go" wherever He may lead.

Ted N.C. Wilson is president of the Seventh-day Adventist world church. Geoffrey Mbwana is one of six general vice presidents for the world church. Both reside in Silver Spring, Maryland.

• Please pray for believers living in regions where persecution for the faith is common. Pray that these believers will stand strong for Jesus, and that their witness will lead to the salvation of their persecutors.

• Pray for our brothers and sisters living in the city of Goma, in the Democratic Republic of Congo, who have recently had to evacuate due to the active volcano. Pray for protection, provision, and peace in the midst of chaos.

• Pray for health care workers throughout the country of India who are dealing with a high spike of corona virus patients. Pray for our church and believers there to be protected from this disease.

• Pray for an increased participation in the 24/7 United Prayer movement. We had such rich blessings in the prayer room during General Conference online camp meeting, and we pray these blessings continue to grow and multiply.

Download this week's devotional and prayer requests by clicking here!