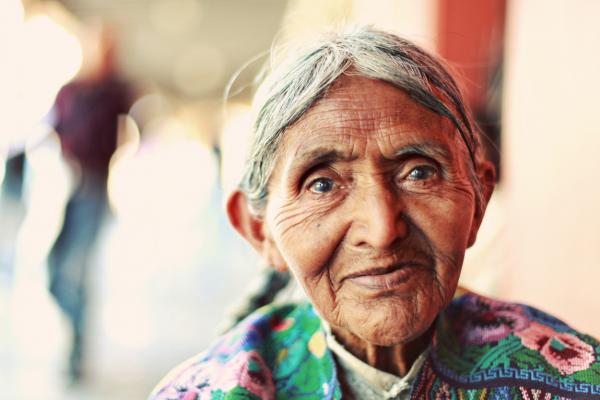 Chavanh Meang* knew his decision to follow Christ would prove costly. He needed to look no further than the man who had given him Bible studies by phone, the late ASAP church planter Stephen Thid,* to know what happened to Christians in the closed country where he lives. The communist authorities had arrested and imprisoned Pastor Stephen multiple times. But Chavanh was the chief of his village. Perhaps they would treat him less harshly.

Shortly after Chavanh’s conversion, the district authorities made it clear that this province would not tolerate the presence of Christians. Once a bastion of the communist party’s military operations, it was also a stronghold of the devil. In Chavanh’s village alone, more than half of the 80 households sheltered active shamans. They, too, feared the loss of their influence and livelihood if Chavanh’s strange new beliefs gained an audience in the village. So, they conspired against him with the local police, who arrested him and put him in jail.

“They gave me two choices,” recalls Chavanh. “Give up Christianity, or give up my position as village chief. So, I gave up my position.” But although he had lost his title, his reputation and his freedom, he did not lose his faith.

After he was released from prison, Chavanh gained a new title: ASAP missionary. Despite the presence of so many shamans, the people in his village could not find relief from the illnesses and demonic manifestations that tormented them. The shamans often charged them as much as 10,000 baht (about $320 U.S. dollars) to perform ceremonies that had no effect. “It was too much for them,” explains Chavanh. “So many wanted to be free from this heavy burden.”

Finally, one brave little grandma in the village had had enough. She was very sick, and her own son, a shaman, had demanded that she buy him opium before he would perform a healing ceremony. Instead, she secretly sought out Chavanh and asked him to pray for her. He did, and she was healed.

Word of Chavanh’s prayer and the woman’s healing spread rapidly through the village. One by one, more villagers began visiting their former chief to request prayer. “God is very powerful,” says Chavanh, “Most of the people were sick, and they were healed by the power of the Holy Spirit.” Others who were demon possessed also experienced deliverance when Chavanh prayed for them.

Within three years of his conversion, the number of villagers joining Chavanh for worship every Sabbath swelled to more than 100. He and another ASAP missionary, Nath Xiong,* who completed youth evangelist training at ASAP’s training center in Thailand, began sharing the gospel in neighboring villages. Recently, 97 people were baptized into the Seventh-day Adventist Church as a result of their labors. Because Chavanh was willing to lose all, his village has gained Christ.

John Press is the associate director for ASAP Ministries. He writes from Berrien Springs, Michigan, where he enjoys camping, gardening and reading mission stories with his wife and three children. *All names have been changed for safety purposes.