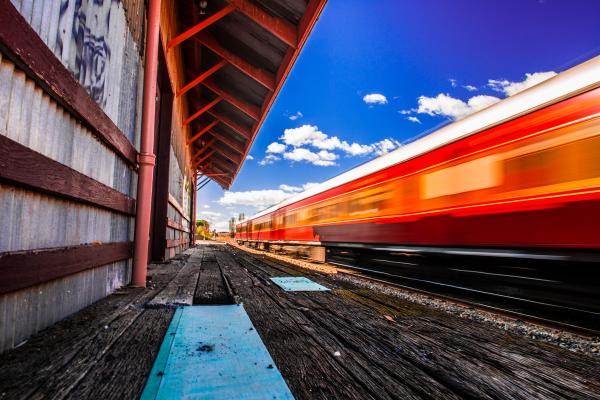 From Captivity to Freedom

Georgio hit upon what he thought was the perfect plan to escape communist Romania. He saw lucky people boarding trains in Romania’s capital, Bucharest, for the journey from the closed country to the French capital, Paris. As he watched, he noticed a gap between the ceiling and the roof of the passenger train cars. It was just enough space to hide a young man.

He couldn’t board the train without a ticket, but each Paris-bound train stopped for a few minutes after pulling away from the train station. It was just enough time for him to run across the tracks, climb up into a train car, and squeeze into the gap. It was a crime to try to flee Romania. He would go to prison if he were caught. But in was 1982, he was 20, and he longed for a new life.

He thought that he was the first to come up with the escape plan. But he was not the first. Guards anticipated the daring escape attempt and caught him. Georgio was interrogated for two weeks. Authorities asked if he were anti-communist and if he had any secrets to take out of the country. Then he was sent to prison to await court sentencing.

Georgio was an atheist and didn’t believe in God. Even though he had rejected the government’s ideology, the government had convinced him that it was better to be an atheist than a Christian. He believed that only stupid people believed in God.

In prison, Georgio met a Seventh-day Adventist for the first time. The young man was about the same age. He had been conscripted into the army and imprisoned for refusing to work on the Sabbath. Georgio noticed that he behaved differently from the other prisoners. His face was different. He seemed like a good person. The two began to talk. To Georgio’s surprise, he was not stupid even though he believed in God.

The Adventist prisoner told him about the Bible, which was banned in Romania. Georgio was curious to know more and resolved to find a Bible after he was released. Hours after making this resolution, Georgio was taken to court to be sentenced for his escape attempt. He knew he faced a harsh sentence aimed at discouraging others from making a similar attempt. He had already been in prison for two months.

But the judge made an unusual decision. “You will be freed immediately,” she said. The state prosecutor protested. “But he committed a crime against the state,” he said. The judge didn’t budge. Turning to the police officer who had brought Georgio to court, she asked, “When can you free him?” “He will be free tomorrow,” the officer said.

As Georgio was being escorted back to prison, the police officer said with awe, “Surely you know someone in high places.” Georgio almost said he didn’t know anyone important. Then he realized that Someone in heaven could be helping him.

Georgio was not freed the next day. Nor the next. On the sixth day, his Adventist friend asked, “Are you sure that the judge really said you would be freed immediately?”

At that moment, Georgio remembered his resolution to study the Bible upon his release. He resolved to study the Bible even in prison, with the help of his Adventist friend. As he told his friend about his decision, a prison guard came over. “You are relieved of your work duties tomorrow,” he said. “You will have to stay in your cell because you’re going to be released.”

And that is what happened. Georgio made good on his promise to God. He found an Adventist church and began worshiping every Sabbath. His life changed. He no longer longed to flee Romania. He had discovered something more important: freedom in Jesus. He was happy.

Today, Georgio lives in Italy and is a faithful member of the Romanian Adventist church in Rome. He and his wife have three adult children and eight grandchildren. He left Romania after the communist collapse. To this day, Georgio cannot explain why the judge released him. He is certain that only God could have intervened.

Georgio remains in contact with the former Adventist prisoner, now the owner of a construction company. For refusing to renounce the Sabbath, the Adventist had faced a two-year prison sentence. But he was freed under a presidential amnesty two months after Georgio. He had been imprisoned for only a year.

Georgio is a lean 60-year-old man with white hair and a kind smile. Nothing about his face gives a hint about his remarkable experience with God. To know his story, he must be asked. That’s the reason Georgio likes to ask people to share their personal testimonies. “Because of this experience, I like to invite people to our home to hear their stories,” he says. “You don’t know what is behind people’s faces.”

Andrew McChesney is the editor for Adventist Mission. This story is used with permission. 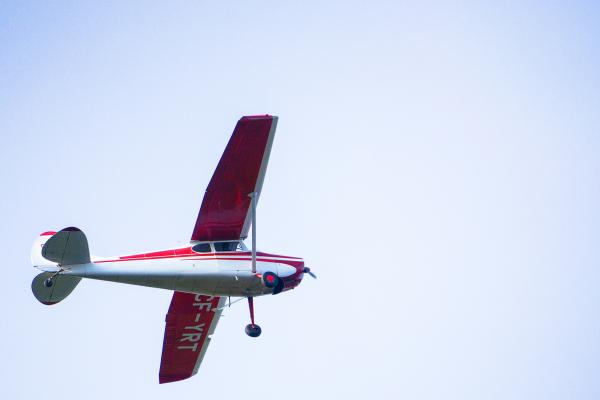 Put the Plane Down Now!

“We need to land this plane NOW!” shouted Danny, my friend and pilot, as he looked frantically out the small Cessna’s rain speckled cockpit. Three of us college kids had boarded the small aircraft just hours before in southwest Michigan. It had been a cloudless sky with perfect flying conditions as we lifted off and headed south to Chattanooga, Tennessee, to attend a workshop. With such great weather, nobody was concerned that our licensed pilot did not have instrument rating...