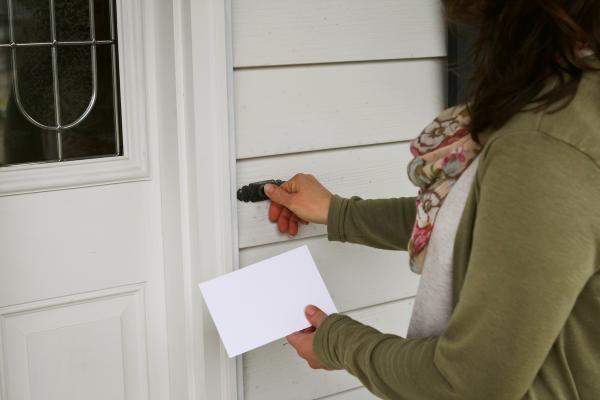 God has a Thousand Ways!

It was the year 1994, when I had the privilege to study at Andrews University in Berrien Springs, Michigan. I had finished my class work and was preparing as quickly as possible for my comprehensive exams. You see, when you major in the Old Testament, there are lot of ancient languages that you have to pass in the comprehensive finals. I was eager to take my finals as soon as possible, because ancient languages do not stay in your mind very long.

As I was preparing for these comprehensives, I got a letter from Elder Ted Wilson, who was then the Euro-Asia Division president. In this letter, he told me that I needed to return immediately to Russia as there was an urgent need at Zaoksky Theological Seminary. He also told me in his letter, “Don’t worry. We will provide for your future studies.” But I was very concerned. How would I be able to pass these comprehensives, especially in the Aramaic, Greek and Hebrew languages, if I had to drop everything and go back immediately to Russia?

An idea came to my mind. I would go to the director of the program, Dr. Gerhard Hasel, and I would ask him if I could just take the exams for Hebrew and Greek before I returned home, and then when I returned later I could do the rest. I went to Dr. Hasel’s office and explained the situation, and asked for this favor. “No way!” he replied. “You cannot do this.” Not completely dissuaded, I tried to explain some more. “I wish that I could stay and pass all the comprehensives right now, but the time does not allow me as I have to go back to Zaoksky.” “I’m sorry, I can’t allow you to do this,” Dr. Hasel responded again. “If we give you a break after taking the first two exams, people will say you had much more time to prepare for exams three, four and five. That would not be fair to the others. We must follow the rules for the program, which means you need to pass an eight hour exam every week for five weeks.”

As I walked away, I knew in my heart that this was going to be the end of my studies. Even though my Division president had promised that he would send me back to finish my training, I knew how difficult the program was, and I did not see how I could complete these classes if I had to step away. My heart was heavy, because in my mind there was only one way. If I didn’t pass the exams now, I knew that I would never be able to pass them.

A few days later, as disappointment and questions overwhelmed me, I found myself alone in my room in the dormitory. I knelt down and began to pray. “Lord, I need just one thing from you,” I pleaded. “Please somehow show me that you still care. You don’t need to solve this problem. Just show me that You are in control and that You see the situation and that You care, and then I will have peace.” Then I began to give God instructions on how He could answer my prayer. “Lord, you could inspire someone to give me a phone call right now and I would take it as encouragement from You. Please do something,” I pleaded.

I had not even said “Amen” to my prayer when I heard a knock at my door.

Getting up, I opened the door. There stood my friends Frank and Ulrike Hasel. “Please come in!” I invited them. “No, no… we can’t come in,” they responded. “We were just inspired to write you some things, and so we’ve come to deliver this letter.” They handed me an envelope, then they turned and left. I closed the door and sat down to read. The date at the top of the beautiful handwritten letter was May 26, 1994.

The letter began: “Dear Artur, We thought you would enjoy a few promises.”

Here, just a few seconds before, I had been on my knees praying for sign from God that He was with me, that He had not forgotten me. How could this have happened so fast?

I continued reading, as my eyes fell on a quote they had written out from Desire of Ages, p. 330:

“Worry is blind, and cannot discern the future; but Jesus sees the end from the beginning. In every difficulty He has His way prepared to bring relief. Our heavenly Father has a thousand ways to provide for us, of which we know nothing. Those who accept the one principle of making the service and honor of God supreme will find perplexities vanish, and a plain path before their feet.”

I was dumbfounded, but there was more.

“God never leads His children otherwise than they would choose to be led, if they could see the end from the beginning, and discern the glory of the purpose which they are fulfilling as co-workers with Him” (Desire of Ages, p. 224).

As the Bible promises and quotes from this heaven-sent letter sank in (the letter that I still have and treasure to this day, almost 25 years later), I knew what God was telling me. He saw me, He knew, and He was in control. Right then and there, I stopped worrying about preparing for the exams, I packed my suitcases and returned to Moscow, to serve at Zaoksky. And Elder Wilson kept his word, for in a few months he found the funds to send me back to Andrews and I was able to finish my program.

In my mind, there had only been one way, but God showed me that day that He has a thousand ways. And He is always faithful to His Word.

Artur Stele is a General Vice President of the General Conference of Seventh-day Adventist.

• PRAYER REQUEST: Please continue to prayer earnestly for Japan’s Total Member Involvement event that starts this week, May 4, and runs until May 20, 2018. Pray for all 163 evangelistic sites, and for those pastors and lay people who will be speaking at each site. Pray that God will work above and beyond all that we ask or think, and that many in Japan will come to know our Lord and Savior as a result of this event.

• PRAYER REQUEST: Please pray for God to draw young adults into the church in Japan, as there are very few members under the age of 50. Pray that many young adults will accept the truth and become enthusiastic members, inviting more to come learn about Jesus.

• PRAYER REQUEST: Also please continue to pray for the Japan “Youth Rush” program and the young adult literature evangelists that have been going door-to-door selling books to reach people for Jesus. Pray that people will read the books and be convicted. Pray that the seeds that have already been planted will take root. Youth Rush leaders are hoping to translate more Ellen White books into Japanese so they can give them out in mass numbers, but they need more translators and funding. Please pray that God would provide the translators and financial means to do this.

• PRAYER REQUEST: Please pray for the leaders of the Northern Asia-Pacific Division (NSD). Pray especially for the new Division President, Si Young Kim—that God will give him wisdom to lead the Division effectively. Please remember Ministerial Director Ron Clouzet and his wife, Lisa, in your prayers as they work with pastors and layman in the NSD. Pray that there will be a revival among all the countries where they are training and teaching people to give Bible studies.

• PRAYER REQUEST: Also, please pray for the Adventist family who recently lost their son in a terrorist attack shooting outside the Quetta Seventh-Day Adventist Church in Pakistan. Pray that God’s comfort and peace would surround them as they mourn this tragic loss.