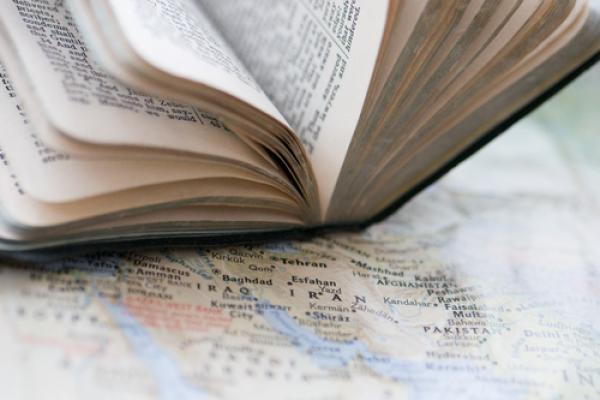 What does it feel like to be gripped in the power of God’s calling? Just ask Paul. On the road to Damascus, he was literally thrown off his horse when a sudden flash of light from heaven left him blind for three days. Talk about an instant life-changing event. Or ask Lazarus what it felt like to be awakened by the sound of Jesus’ voice calling him to leave the tomb. He must have wondered what had happened to him. Why was he lying in a dark place all alone? Then try walking when your entire body is restricted in a linen body cast. I often imagine the mixture of fear, shock, and joy that Lazarus’s family and friends must have felt when he walked out of that tomb alive after being dead for four days. I can also imagine the celebration of joy that takes place in heaven when one person comes to know Jesus. The joy of being raised from the dead is no less miraculous than the soul that comes to know Jesus.

Today we may not regularly see people being thrown off their horses or being raised from the dead, but that does not mean that God has left the miracle business. As I travel all over the countries in North Africa and the Middle East, I am amazed when I hear about the miracles that are still happening today. I hear about the Global Mission Pioneers who came to know Jesus through visions and dreams. Today they risk their lives as they share Jesus in their communities.

There is the woman who miraculously enters a country that no one else has access to. She is jailed upon entering, but then persuades the authorities to set her free. There is the tentmaker who left her country to practice medicine in the Middle East. She encounters closed doors that seem impossible to open. Then a miracle happens that changes an entire bureaucracy of rules and regulations just for her. A Waldensian student wants to move into an apartment with her Muslim friend, but the owner significantly raises the rent. After a series of events and answered prayer, the rent is lowered. Her friend is now eager to begin Bible studies. Broken water pipes in a refugee home were miraculously fixed through an answer to prayer. The entire family is curious about this God that cares about a family in need. A woman who could not get pregnant for eight years now has a baby. The child with late stage cancer is completely healed.

It is stories like these that remind me constantly that God’s work is going forward, despite Satan’s attempts to discourage us by throwing us off our horses or leaving us for dead. The Holy Spirit is working in a powerful way in the Middle East and North Africa. Please continue to pray for all our frontline workers, Waldensian students, global mission pioneers, tentmakers, pastors, and church planters as they grow God’s kingdom. Your prayers are making a difference!

BRIEF FACTS ABOUT MENAU: The Middle East and North Africa Union (MENAU), formed in 2011, is comprised of 20 countries, with over 500 million people. 99% of the MENAU is Muslim. The Adventist membership is 3,768, in 52 churches and 20 companies.

The geography of the church ranges from Morocco on the west to Iran in the east, and includes the countries of the Arabian Peninsula and Turkey—in addition to the northern part of Cyprus and Sudan. It includes the biblical lands of Babylon, Egypt, Persia, and Tyre and Sidon, which are today’s Iraq, Iran, Lebanon, and Syria, plus many locations in Jordan.

Four countries in the region are war-torn and totally unstable. Church is either illegal or unwelcome in almost all of their countries.

PRAYER REQUEST: Pray for the cities that have no Adventist presence—that God will raise up laborers for the harvest. There are 48 cities of 1 million or more people in this territory, some of which have never had a Seventh-day Adventist set foot in them.

PRAYER REQUEST: Please pray for the church members in the MENAU to have courage as they often feel alone and isolated. Religious persecution is rampant in many areas.

PRAYER REQUEST: Pray for the young people of the MENAU to be strong and have courage to share their faith. The Middle East University is operated by the MENAU in Beirut. Pray for the students and teachers here.

PRAYER REQUEST: Pray for the Waldensian students and missionaries who have come into this region from around the world. Pray that God would give them creative ways to share the gospel and pray for open doors.