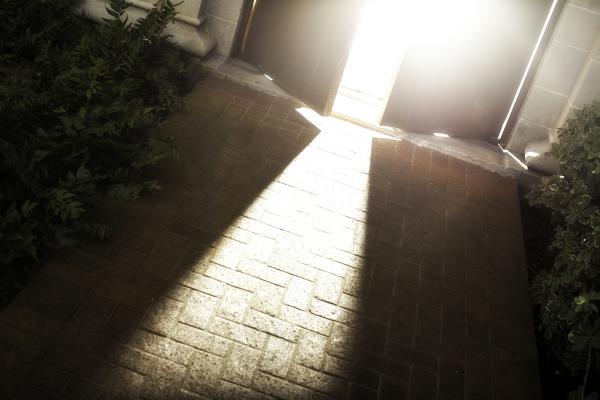 Praying for a Church

Late one night, Simone stopped in the restroom of the hospital where she worked as a nurse in southern Brazil.

She saw that the television was turned on in the restroom, and she started to change the channel. But then she noticed that an elderly man was speaking, and she stopped to listen to what he was saying. His words caught her attention. He was talking about health, and Simone wanted to hear more. The program was being aired on Novo Tempo, the Brazilian-language affiliate of Hope Channel International television.

From that night, Simone began watching the Novo Tempo channel regularly. She fell in love with its programs, and she became interested in the Seventh-day Adventist Church.

For some time, Simone had been praying to God for a stable job. She worked as a contract nurse at various hospitals, filling shifts here and there, but she longed for steady work so she could buy a home and provide financial security for her two daughters, Jaqueliny and Ana Claudia.

“Dear God,” she prayed, “please help me to find a stable job.”

As she prayed, she received a contract to work as a nurse in a city located about 900 miles (1,500 km) to the north in central Brazil. She still was watching Novo Tempo, and she decided to look for an Adventist church in her new city. But there was no Adventist church in the city.

Simone changed her prayers. Rather than praying for a stable job, she decided to ask for God to open an Adventist church in her city.

A short time later, Simone received a contract to work as a nurse in yet another city. She and her daughters didn’t have to move very far this time. The city, Uruíta, was located only 25 minutes away by car. Simone hoped to find an Adventist church in her new city, but again there was none. So, she kept praying, asking God to open an Adventist church in the city.

One day, as she was traveling home from work at the hospital, she passed through the city center and saw a sign outside a building reading, “Novo Tempo.” In Brazil, many Adventist churches have signs reading “Novo Tempo.”

Simone couldn’t believe her eyes! A brand-new Seventh-day Adventist church had just opened in her city. She was so filled with joy that she felt like her heart almost couldn’t fit inside her chest. God had answered her prayers!

Simone walked straight into the church, which had been inaugurated a short time earlier, and joyfully introduced herself to the two pastors, Luis and Israel.

“I have been praying for an Adventist church for a long time!” she exclaimed.

The pastors were happy to meet her, and they rejoiced to hear that she had learned about the Adventist Church through Novo Tempo.

Today, Simone is completing Bible studies and preparing to surrender her life to Jesus through baptism. But she is already a shining witness. Whenever she has the opportunity, she invites someone to visit the church that God opened in answer to her prayers.

“God fulfilled my dream to have an Adventist church here in my city,” she says. “Now my desire is for God to enlighten and sustain us so that His work will grow here and many lives will be reached by His love.”