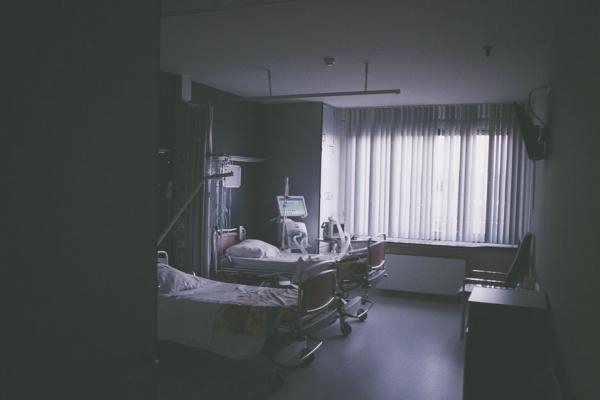 “The Best to Be Had”

In 2001, I nearly died. The emergency doctor said that I was probably three hours away from death. I contracted falciparum malaria while doing evangelism with my students in West Africa, and the symptoms showed up just days after my return to the United States. I developed a very high fever, I was dehydrated, and I had a terrific headache. I felt so sick I thought I would simply pass out and die any minute. When the symptoms surfaced, I was away on church business. I went early to the airport to catch my return flight, begging God to allow me to make it home for what would come next. If I were to die, I preferred that it happen at home.

My wife rushed me to the hospital emergency room. By then, I was having hallucinations, and could hardly keep water down without vomiting it. I passed out shortly after I was wheeled into the emergency room. Once conscious again, I remember life as in slow motion. Every minute seemed like an hour and every hour like a day. I remember my wife, Lisa, bringing over our children, at that time only 14, 12, and 10 years old, and seeing them quietly weeping. I recall nurses and others checking me out for the sole purpose of taking a look at the malaria patient, since the disease is so rare in the United States.

It was clear to me that I was dying. Later, I learned that this type of malaria is the most virulent. It will most likely kill you, though, if you survive it, you won’t have recurring symptoms unless you get infected again. Many people began to pray. My wife and our children prayed. My parents and other family members prayed. Our colleagues at Southern Adventist University where I taught prayed. My students prayed. My friends from many parts of the world prayed. And countless numbers of pastors across the country prayed. I have calculated that maybe some 2,000 people were praying for me during those days.

But making it wasn’t going to be easy. The appropriate medicine was not available. Medical doctor friends began putting pressure on the hospital doctors to move swiftly before it was too late. Finally, quinine was found in Atlanta, and they were able to get some. Quinine is an old medication used to treat malaria and other very nasty diseases, but rarely used today. It is quite toxic and can have serious side effects. But it will take care of malaria. Forty-eight hours after I was admitted to the hospital, I was given quinine, but it did not produce the expected miracle. A day later, on a Sabbath, I was just as sick as ever.

In my wasting, sickly state, I prayed also. But my prayer was more gratitude than petition. I had given my life into God’s hands and was ready to say good-bye if it was my time to go. My only regret, for which I also prayed, was leaving my wife with three young children, and leaving the children without a father. But that, too, was in God’s hands. I had peace that all would be all right.

On Sabbath afternoon, several of university colleagues and my church pastor came. They had an anointing service and prayed for me again, according to Scripture (James 5:13-15). That night, Lisa stayed with me all night. She genuinely feared it would be my last.

At 5:00 a.m. the next morning, a nurse came to draw blood, as they did each morning. Four hours later, the specialist came to my room. For the first time I was able to sit up. He told me that they could not find a trace of malaria in my system. Somehow, it was all gone. He expressed surprise that the medicine had worked so well, so fast. But I knew there was another reason why I was malaria-free. It was the prayers of my loved ones and the prayers of the saints. God graciously consented to heal me, I believe, simply because His people asked Him to.

“The same compassionate Savior lives today, and He is as willing to listen to the prayer of faith as when He walked visibly among men . . . It is a part of God's plan to grant us, in answer to the prayer of faith, that which He would not bestow did we not thus ask.” (The Great Controversy, p. 525) Jesus did not need to heal me. He owed me nothing. I owed Him everything, and still do. But He did it anyway.

Not every life-threatening case ends the same way. But the God who heals is the same, regardless. He can be trusted. He can be thanked either way, for in no case will He answer our prayers in a way that would be injurious to our souls. Whatever we receive from Him is the best there is to be had.

Ron E. M. Clouzet, DMin, is the Ministerial Secretary of the Northern Asia-Pacific Division. Ron is also the author of this week’s featured book “Adventism’s Greatest Need: The Outpouring of the Holy Spirit.”

HEART QUESTIONS: Do you believe God can heal diseases of all kinds, including and most importantly the infection of sin? Is your life right with God today? Are you at peace with Him in this very moment?

ACTIVE HEART CHALLENGE: Sickness is part of this broken world. Nobody is safe from it. But we have a choice in how we go through it. We can cling to Jesus in times of most urgent need, praying for spiritual and physical healing, and we can rest assured that whatever the outcome of the sickness will be, as long as we look to Him, we can be at peace. Having a strong faith in times of sickness starts by exercising faith in times of health. Will you choose to have faith in Him today? Are you willing to accept, even death, knowing that ultimately all diseases will be healed on resurrection morning for those who believe?

“Our Lord Jesus Christ came to this world as the unwearied servant of man’s necessity. He ‘took our infirmities, and bare our sicknesses,’ that He might minister to every need of humanity. The burden of disease and wretchedness and sin He came to remove. It was His mission to bring to men complete restoration; He came to give them health and peace and perfection of character.” – Ministry of Healing, p.17

Ellen White, Ministry of Healing, chapter 16, “Prayer for the Sick”

Brittney and Vanessa B.: “Our church started meeting online every night to pray. This has brought everybody closer to each other since we see each other daily. Such a blessing!”

Mico F.: “This situation has helped us realize that church is not a structure, it is people!”

Pray for churches who have lost members due to COVID-19.

Pray for members struggling with various health issues like cancer, auto-immune diseases, depression and other issues.

Pray for former Adventist members who have left the church. Pray for the people in their sphere of influence who might have been led away from God because of it.

Pray for new members who joined the church through various TMI evangelistic campaigns over the last years.